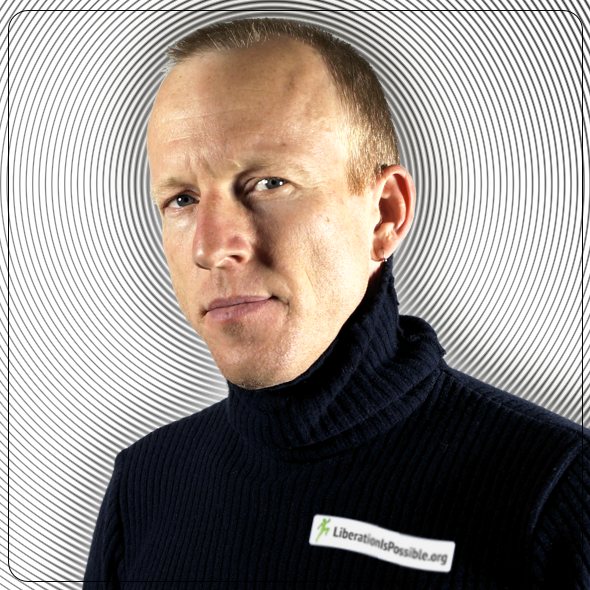 Now you know a bit about what’s going on inside that head and heart of his.

Who is this Anthony Twig Wheeler character anyway and what makes him tick?

On any given day he’s a: (With titles like that you’ve gotta know he doesn’t have a PhD.)

Twig specializes in the restoration of a participatory relationship between humans and their nature. As in, how to enjoy our biology rather than hate it.

Twig’s projects integrate the fields of:

With these studies and a strong background in social change and ecological preservation efforts, widespread travel and years spent mastering the wilderness living arts Twig has developed an unusual appreciation of the human species and modern human condition.

He began training as a somatic therapist in 2002 at the Heartwood School of Massage and joined the Somatic Experiencing (SE) community in 2004. Since then he has shown unusual capacities at integrating and explicating psycho-biological princples. Twig apprenticed with senior SE faculty Steven Hoskinson and has assisted and taught with him extensively in the US, Europe and Japan. Twig Wheeler is an internationally recognized SE practitioner and consultant and enjoys working with helping care professionals worldwide. He is approved by the Somatic Experiencing Training Institute to provide sessions, individual and group consultations at all levels of the SE® professional training.

Twig provides regular consultation for crises clinics, violence prevention projects and similar not-for-profit efforts. Between 2008-2009 he made two trips to war effected DR Congo to offer guidance in adapting psychobiological trauma treatment protocols in community based peace and reconciliation movements. This project set the seeds for a larger goal of Twig’s to help translate the insights implicit in the new traumatology to the general population through cultural animation projects.

Anthony Twig Wheeler makes his home in the highlands of Washington State’s Methow Valley where he tends the sunset, starts fires without matches, works occasionally on an organic farm and talks-talk with neighbors at the old general store. He travels extensively presenting his performance art, fulfilling his role as a Somatic Experiencing training assistant, enthusiast and educator along with cultivating further study, for adventure and love.

His sessions, consultations, teaching and storytelling are known on 4 continents and a few islands for their refinement, clarity, enthusiasm and ease.

Anthony Twig Wheeler is dedicated to wholeness and liberation: his, yours and others. Seriously, he is. 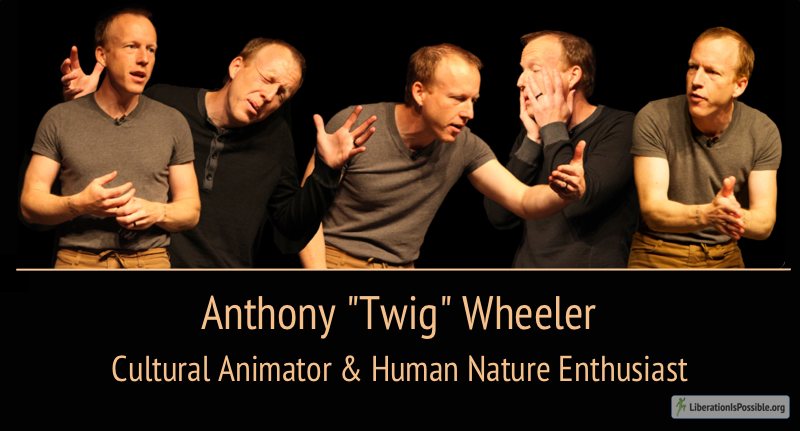 There’s a goal: Less Distress – More Well-being. For you, me and everyone else. -Twig

One of Twig’s early moments coming to consciousness

Twig grew up in the “Age of Fragmentation” boarding on the “Age of Futility” when the dominant cultural themes of the world were the homogenization of diverse societies and the impending destitution of a living world that was once fecund and lively. From early on he felt an unexpected and deep connection with the tragedies of our times, though initially these feelings were inchoate and poorly reflected in his suburban San Diego upbringing.

His first recollection of problematic themes came during a visit to the San Diego zoo during his 11th year. There he watched in amazement as two digital number read outs laid bare a remarkable truth: that the world as we know it is destined for ruin unless a dramatic shift in orientation takes place “before it’s to late.” One speeding set of red numbers marked out the rising human population while another equally blindingly fast number set fell showing the rate of remaining tropical rainforest being lost to deforestation.

Still in the innocence of his youth Twig, known then as Tony, had no idea that similar facts of an unfolding catastrophe for biodiversity and human societies would become the reality of the world in which he was destined to live. In seeing those numbers he was aware of only one thing: something was clearly wrong.

This event and a seemingly endless stream of similar revelations about our collective condition, along with his own turbulent youth and early adulthood, sent Twig toward a dedicated position of trying to understand how a single species, his own, could become such a terrifying expression of it’s own worst enemy.

From early on he didn’t want it to be this way. And he still doesn’t. Furthermore, to whatever extent he can he intends to change it.